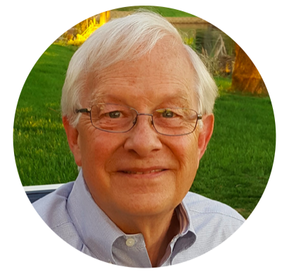 Land Development and Business Manager - Retired, Auburn, CA
-Roger originates from Sioux Falls, SD and later moved to California where he currently resides with his wife Kay.  They have been married for 45 years, have 5 married children and 4 grandchildren.

Roger became a believer in Christ in 1974 through the ministry of Len and Bev Allen and has been an active church member ever since.  He has served as a Bible study teacher, vice-chairman of the Deacon Board, and in various outreach ministries.

Initially Roger worked in laboratory planning for hospitals, cancer research centers, and regional medical centers all over the world.  In his mid to later career, he managed land development and related consulting.

Since 2016 he has been doing in-depth research and presentations on the compatibility of scripture and science.

He is currently retired.
©Bible Study With Friends 2021  |  Website by Perception Funding