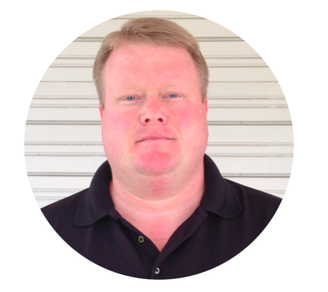 Owner, Mainframe Services, Chattanooga, TN
Born and raised in Chattanooga, Evan Harris met his wife Sarah at the state wrestling tournament where he was representing his soon-to-be alma mater of The Baylor School, and she was a volunteer working the head table for the tournament director, who happened to be her dad. They were married during the fall of the next year and have celebrated 22 anniversaries since then. They have three children ranging from 17 down to 12 and have been active members of both Silverdale Baptist Church and their Classical Conversations homeschool group.

Evan is an I.T. hardware specialist, working alongside his father servicing IBM mainframes as well as
supplying mainframe disaster recovery services to private and government entities. His customers have
included many Fortune 500 companies, Federal Reserve Banks, local municipalities and everything in
between.

In his down time Evan enjoys online gaming with his boys, woodworking and recording music in his
home studio. Also, a few years ago he got his private pilot’s license as a fulfillment of a childhood
dream.
​
The person in the Bible Evan most identifies with is Peter, as he is a social and exuberant disciple, but
also was the one singled out, when Jesus specifically wanted to see him after his denial failure.
©Bible Study With Friends 2021  |  Website by Perception Funding